The Cyber Weekend impact, state of streaming, and consumer loyalty in 2022 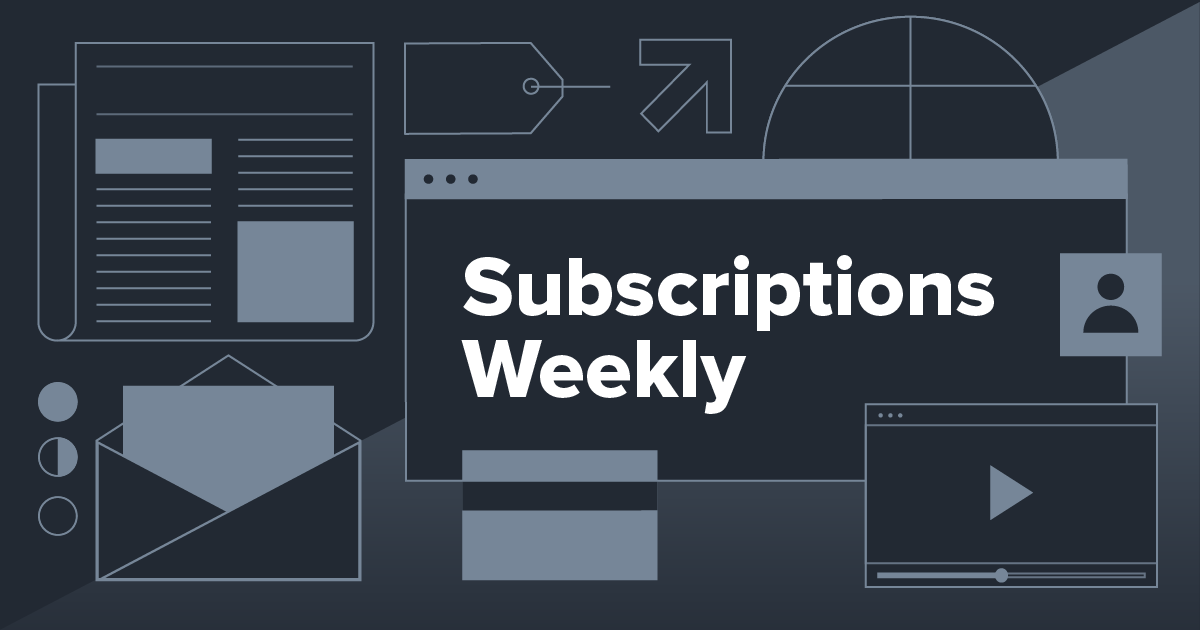 Welcome to the last Subscriptions Weekly of 2022. We’re closing the year with news from the streaming, SaaS, and subscription apps industry.

After launching, net new subscribers to the less expensive ad-supported tier accounted for 9% of Netflix users–leaving Netflix with significant work to meet investor expectations: 7.5 million American and Canadian ad-tier subscribers by the end of 2023. Learn more on Forbes.

Not all subscribers want ads in streaming

Nowadays, every streaming platform plans to or has already launched, ad-supported products. As the world’s biggest advertisers factor streaming services into their media plans, it’s worth reviewing the audiences they will reach to tailor their campaigns accordingly.  Get more insights on Performance Marketing World.

What drives subscription growth in the streaming industry? Hear from True Royalty TV, the “Netflix for royal watchers,” on how they have adapted to subscriber needs, reduce time-to-market, and combat churn effectively.

Consumption-based pricing: Should subscriptions charge more like a power bill?

The rise of cloud computing and streaming services fueled the shift to a subscription economy. This ever-evolving business model now proposes consumption pricing for SaaS platforms–based on the actual usage of computing power, storage, and network capacity. Keep reading on Market Watch.

Apple to allow alternative App Stores on iPhones in the EU

Up to this day, Apple has prevented third-party apps from being installed on their mobile devices unless they came through their official App Store. New European Union regulations have prompted Apple to overhaul its services to allow alternative app stores. Learn more on IGN.

The app marketplace has become a welcoming place for subscription businesses–a great opportunity to expand your audience and revenue channels. Hannah Wheeldon, Strategic Customer Success Manager at Recurly, shares what it takes to get your app into Apple’s App Store.

Apple’s NFL Sunday Ticket deal might not happen this year

A new report from Sportico shares that negotiations are at “a very critical point” for the NFL. Apple is still expected to get the rights; however, it's a big ask. The company wants to include NFL Sunday Ticket with Apple TV Plus for $6.99/month. Other tech giants are interested in the deal, including Amazon, Disney, and YouTube. Learn more on The Verge.

Get ready for 2023 with the 2023 State of Subscriptions webinar

Set your team up for subscription success with insights from 2,200+ global brands. Join Recurly's 2023 State of Subscriptions webinar and hear the latest industry trends and consumer demands for next year. Save your spot.

From the Recurly blog

The Cyber Weekend impact, state of streaming, and consumer loyalty in 2022