See all posts
by Alex Harmon 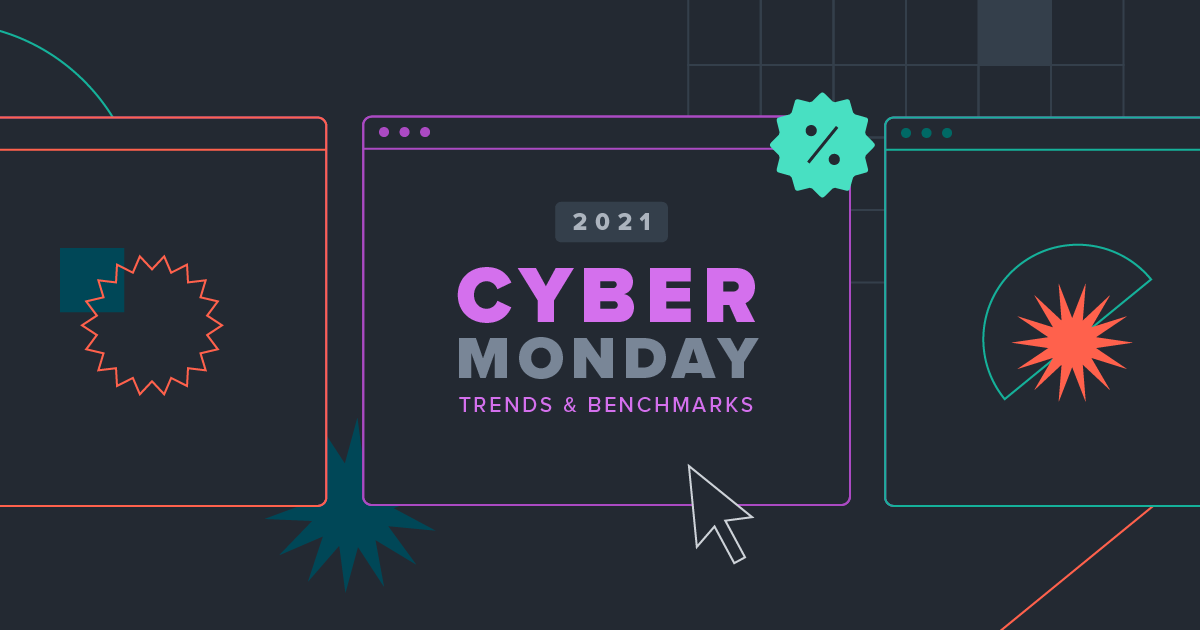 Each year, the end of November marks the beginning of a slew of deals as consumers gear up to shop for the holiday season. Cyber Monday is particularly notable and has become the dominant day for eCommerce purchases and activity. According to Adobe, shoppers spent $10.8 billion online on 2020’s Cyber Monday, and a staggering $34.4 billion during the five-day period between Thanksgiving and Cyber Monday.

As subscriptions have now become a mainstay in all sorts of industries, their popularity as part of the flurry of eCommerce activity increases as well. Recurly set out to look at 5 key subscriber acquisition metrics from over 2,000 subscription businesses in order to understand the most impactful tactics in the subscription space. Read on to discover those tactics and their impacts from our 2021 research on Cyber Monday below.

Relative to the rest of the month, Cyber Monday saw a 7.8% increase in new subscription sign ups relative to a typical November day. The Education vertical saw a 65.0% increase in new signups,  which was primarily driven by discounted offers in exchange for longer term quarterly or annual subscriptions, contributing towards their annual recurring revenue.

The average transaction size on Cyber Monday was 10.7% higher compared to an average day during the study period. Particularly in the Digital Media & Entertainment vertical, which saw a 30.5% increase in average transaction size. This can be partially attributed to a-la-carte offerings and add-ons that are common in this industry, and is again a reflection of discounts available for those that sign-up for longer subscription plans.

The number of coupons redeemed on Cyber Monday almost doubled with an increase of 99.8% compared to the prior year. The Digital Media & Entertainment vertical saw the highest number of coupon redemptions of any industry with merchants like ViacomCBS and Twitch running special discount campaigns to entice both new and existing subscribers.

Merchants, especially in the B2C space, continue to see a higher percentage of consumers using wallet-based payment methods such as ApplePay, PayPal, and Amazon Pay. TPV generated from these alternative payment methods grew by 8.7%. The Digital Media & Entertainment industry has seen the highest APM adoption rates and has shown that offering consumers flexibility in how they can pay for a subscription ensures that merchants reach the widest possible audience.

Gift Card purchases saw an increase of 102.9% during the 7-day period ending on Cyber Monday compared to the prior year. Gift cards are most popular in the Consumer Goods & Retail industry and is a great strategy to have existing loyal customers help acquire new subscribers.

Subscription companies like Starz, Naturebox, Codeacademy, and Quizlet leveraged Recurly’s platform to capitalize on consumer behavior. As seen in the metrics above, Cyber Monday, and the period leading up to it, is a significant acquisition and revenue generator across the subscription industry. Come back in Q1 2022, for a deeper dive around differences in churn, trial conversion, and retention that this Cyber Monday cohort has relative to a typical period to understand the long-term impact of this high volume activity.