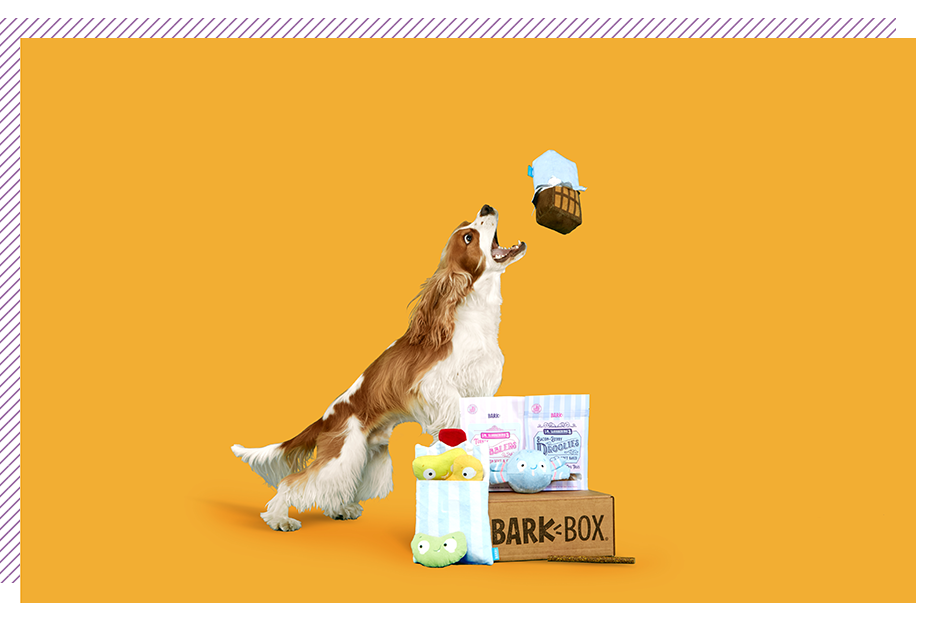 We were like a dog with a bone when we sat down to talk to Becky Segal, VP of Platform Engineering at BARK, to learn how the highly successful consumer goods brand for dogs and their humans has grown to be one of the most successful subscription box services today.

BARK launched in 2012 with BarkBox, its monthly themed subscription of treats and toys. Since then, they’ve served more than three million very good dogs and they’ve used that accumulated expertise to create their own products (almost 500 every year), experiences, and content. BARK’s dog-obsessed team applies its unique, data-driven understanding of what makes each dog special to design playstyle-specific toys, wildly satisfying treats and wellness supplements, and dog-first experiences that foster the health and happiness of dogs everywhere. With this mindset, BARK has grown to include three main product lines: BarkBox, Super Chewer, and Bright.

In this case study, discover how BARK partnered with Recurly to power its subscription billing so it can keep its pack of subscribers begging for more.

The Technology Behind the Box

Customer focus has always been in BARK’s DNA. In the early days, BARK used its limited technical resources to laser in on the things that would have the greatest impact on its subscriber experience. BARK’s partnership with Recurly is a perfect example.

“Not having to worry about managing subscription billing because Recurly handles that for us has been huge. It has enabled us to focus on the elements that are core to our business—the customer experience and the box.”

BARK made some crucial billing decisions early on, including moving subscribers onto a recurring billing cadence and allowing them to easily manage their orders; both of these decisions would set the tone for years to come. Initially, BarkBox simply offered small, medium, and large boxes. It then added allergy preferences and chewing options, which spawned new product lines including Super Chewer.

“I’ve been really happy to not have to think about payment integration details because I know Recurly has it all handled.”

Today, BARK continues to keep its focus on customer experience front and center by leveraging technology to rapidly iterate and change what subscribers see on the front end. BARK runs on Ruby On Rails and is hosted on Heroku. The technical team likes to deploy quickly and have its internal teams organized in squads so they can rapidly deploy new offerings. This ability and focus have made it easy for BARK to launch Super Chewer, Bright, and its latest offering, BarkEats, to expand its subscription offerings and drive additional recurring revenue to the business.

API and Webhooks Make Order Fulfillment a Breeze for BARK 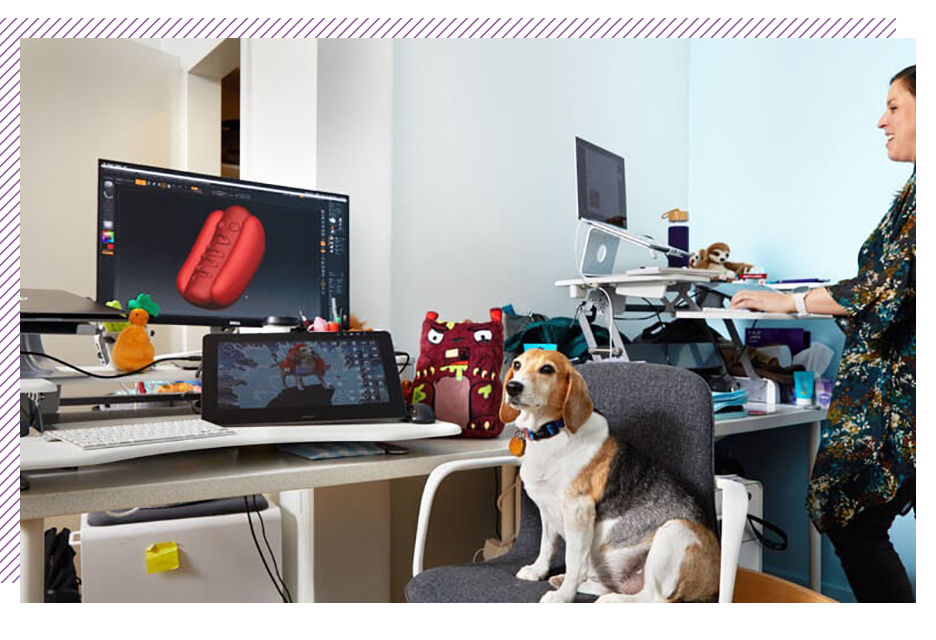 Order fulfillment at BARK is a highly orchestrated and complex undertaking, to say the least.

BARK is able to bring everything together using Recurly’s API and webhooks. A typical transactional application might look something like this: 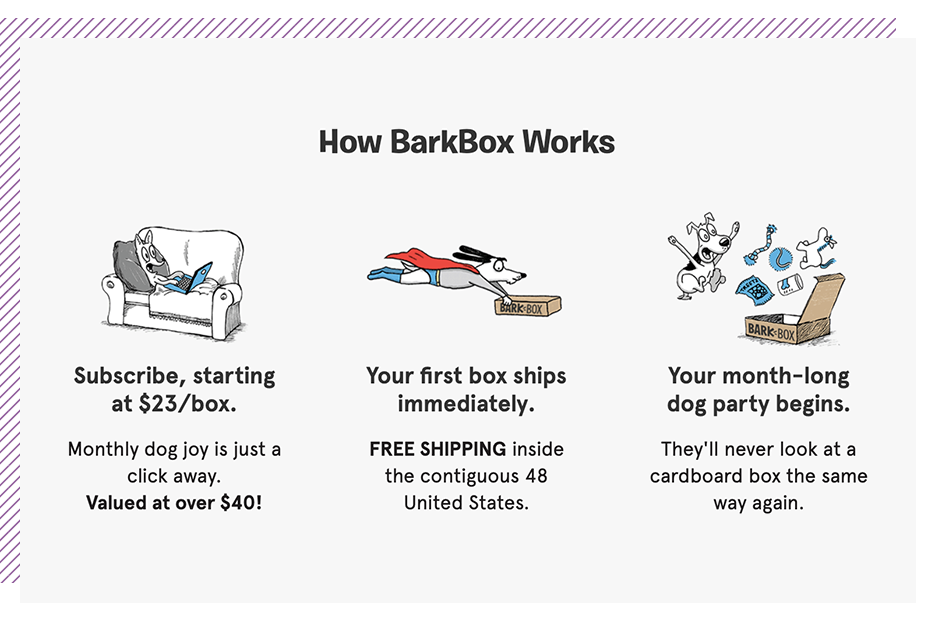 To ensure an excellent customer experience, BARK plans its renewals over a 23-hour period to distribute the load. BARK’s Happy Team of customer support reps responds to any inbound requests and then assigns and sends the orders to the warehouse. 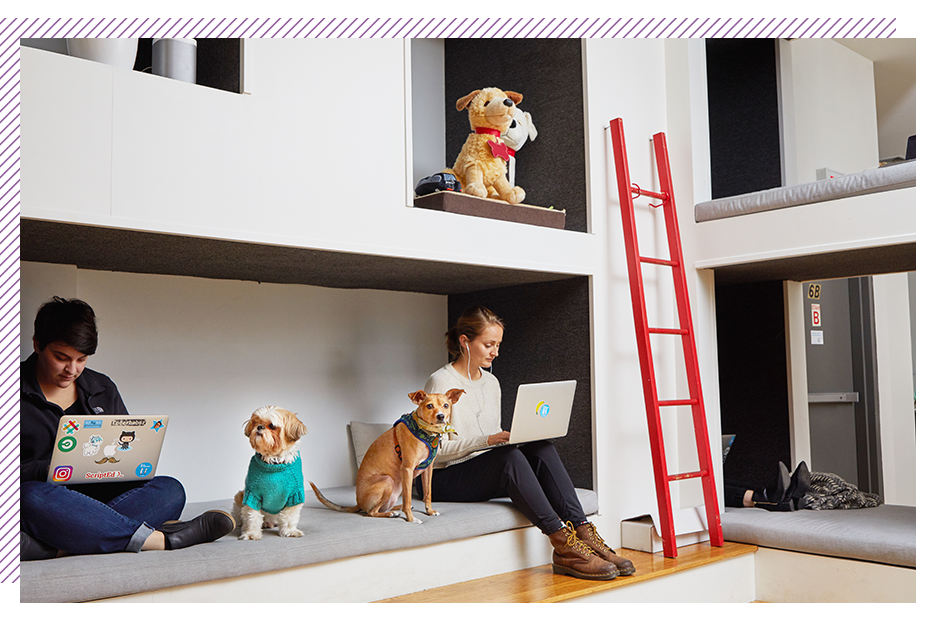 As BARK’s business has grown, the company has stayed nimble and isn’t shy about experimentation to fuel both subscriber and revenue growth. Some key decisions BARK has made include:

“We’ve been able to experiment like we have because Recurly isn’t in the way (so to speak). It operates in the background enabling us to move more quickly and efficiently.”

New Subscriptions and Points of Distribution 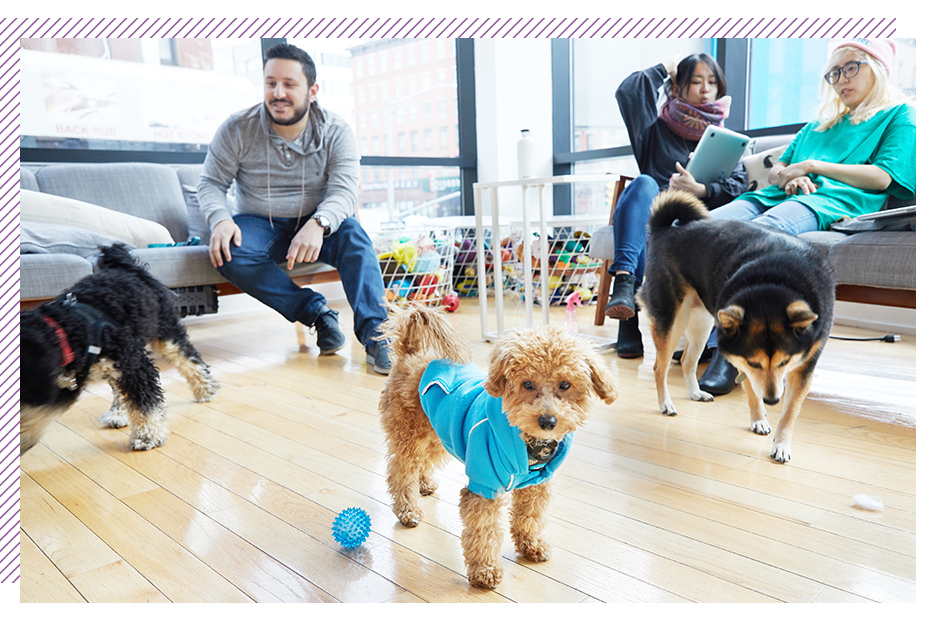 New types of subscriptions, including Bright and BarkEats, are complementary offshoots for the brand. These new offerings provide excellent opportunities to grow BARK’s subscriber base and revenue.

BARK is also expanding its point of distribution and sales channels to include Amazon, Target, Petco, PetSmart, CVS, and more. This gives BARK even greater brand awareness and exposure.

With much of the country working from home and spending a lot more time with their furry friends, business in the pet goods sector is booming. Several pet food and supply services report rising subscriber sign-ups during the pandemic—and BARK is feeling the impact of the “corona bump” too. According to Segal, Q4 is usually BARK’s best growth quarter, but in 2020, its Q2 was even bigger.

BARK didn’t get to be one of the most successful subscription box brands out there by resting on its paws. From day one, BARK has been laser-focused on its subscriber needs, building a strategic, technology-driven user experience that keeps its subscribers happy, engaged, and loyal. 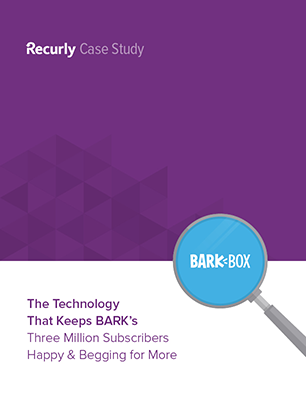 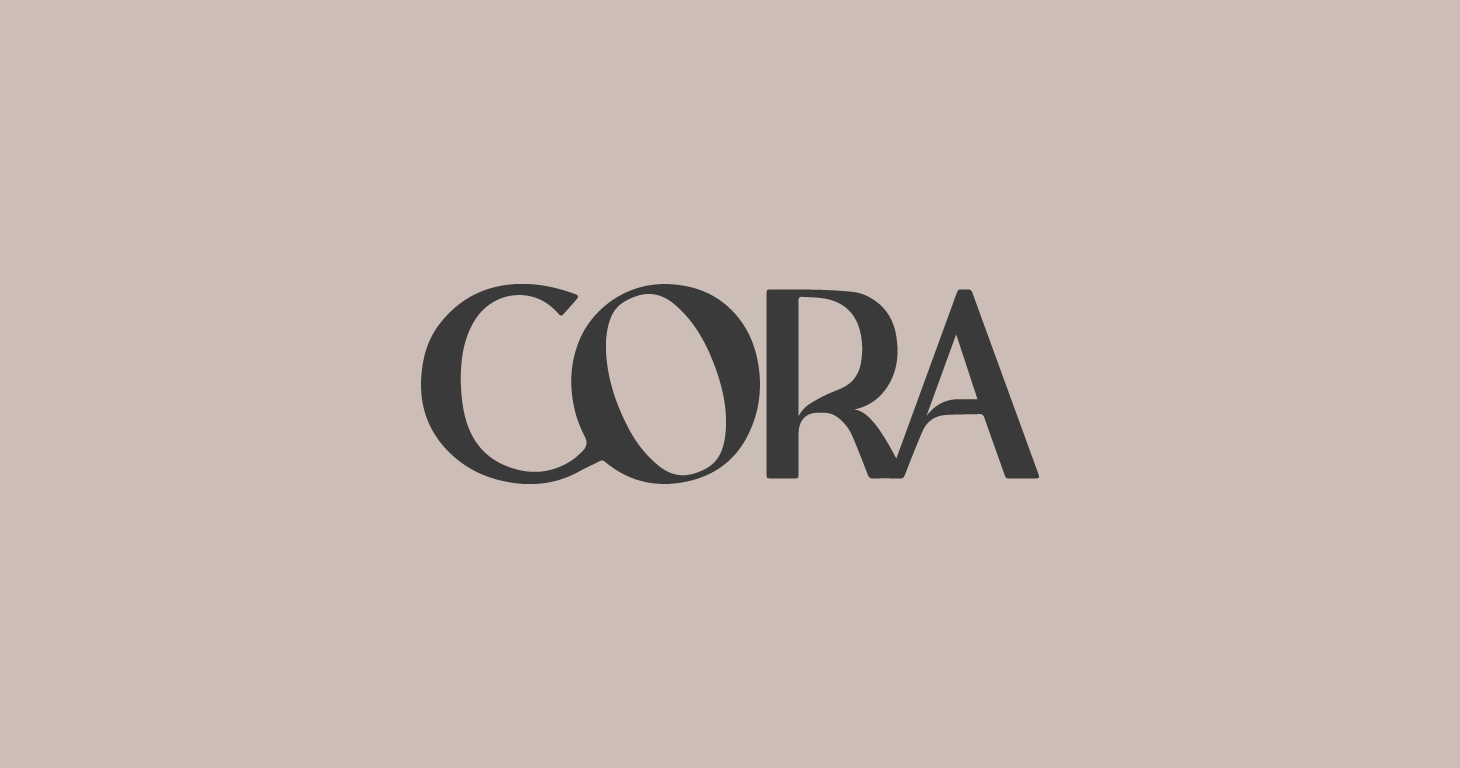 Cora scales by integrating with Recurly 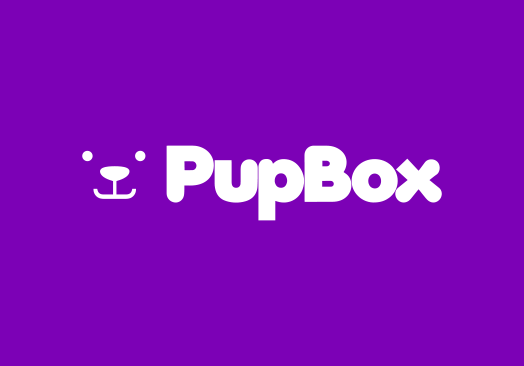 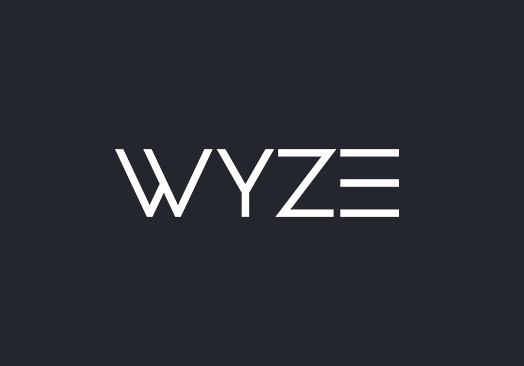