Watch the video series below featuring Rich Stuppy, Vice President & Senior Customer Experience Leader at Kount, an Equifax Company, who discusses some of the trends in fraud as they relate to recurring revenue and how your subscription model business can fight back.

Why recurring payments fail—and what to do

What causes recurring payments to fail and what can subscription companies do?

So really what causes this? The core problem is an information mismatch at the time of authorization. So merchants, Kount, and Recurly often know way more about a transaction in the digital space as it's occurring than the digital bank. Now, in some ways, that means the issuing bank can be making that decision in the dark.

Kount is actively engaged in projects and methods to get the right data in the right systems at the right time. And with our massive volume, I think we'll be able to make a significant difference in that gap. The details are probably for another day, as we work out the relationships, but just know that it's a big problem.

We love solving big problems and we love working with a partner like Recurly who can help us solve that problem for the entire ecosystem.

The single highest risk I see for subscription and recurring payments is really account takeover. Now, the definition of account takeover varies, but it happens when a criminal or fraudster attacks the authentication mechanism of an account to gain access to that account and extract value. This is much worse than it has been in the past, and it's really worse due to automation and other sophisticated schemes.

So basically the fraudsters are using fairly complex tools to target that authentication mechanism, gain access and control of the account, and then monetize that account in a variety of ways. It could be, for example, the wallet of a consumer. It could be the business account of the actual business owner. It can be a bank account, it can be emails, et cetera. And the real risk there is that once someone owns a particular type of an account that doesn't belong to them, there's a variety of ways to monetize it. It can be ingenious.

And the pain can be felt, for example, in payments or payment processing. But the actual primary account takeover compromise happened via email or some other sort of communications account. And they [the criminal or fraudster] leverage that to get access to those other accounts that contain the money. That account takeover is a risk that everybody needs to be aware of, and they need to be putting sensors and controls in to help mitigate that.

What are the main fraud problems that occur with recurring payments?

What are the main fraud problems that occur with recurring payments?

I'd say the most frequent concern I see as it relates to fraud and recurring payments is post-transaction disputes. Normally, these disputes show up in the form of either chargebacks or refunds. And the dreaded chargeback, they really fall into three different categories.

The first category is third party fraud—this is when an individual uses other people's stolen credit cards or stolen identities to commit fraud. The second class is first party fraud, which is when people use their own information and their own resources to dispute or refund a purchase that they have legitimately made. Now, Kount and Recurly's partnership help with both of those. And then the third kind of disputes/chargebacks is caused by operational errors. These sorts of operational errors are basically mistakes that a merchant makes, and customers dissatisfied by these errors then dispute them. We indirectly help with this because once the first party fraud and the third party frauds are diagnosed and controlled, the merchant or operator can really focus on improving their processes and isolating or eliminating those sorts of mistakes.

Now, all three of these classes can be expensive and cause brand damage. So it's in everybody's interest that the entire ecosystem—the consumer, the merchant, and the platform—has solid visibility into this and can solve the problems that cause those disputes.

How do authorization rates differ across multiple transaction types?

In recurring payments, the number can be more like a 75% to 80% authorization rate. That’s literally a decline rate of 20% to 25% or more. Now, this is a massive problem, and it seems to get worse as the fraud threats become more pronounced and issuing banks have to react to those fraud threats. It's billions of dollars at play.

The most powerful innovation in digital commerce and CX

What’s the most powerful innovation you’ve seen in digital commerce and digital experience?

Recurring payments is possibly the most powerful innovation in digital commerce and customer experience that we've seen in quite some time. It can be very powerful for adding to customer lifetime value and growing that value over time and really becoming an indispensable brand for your consumers. We want to play a part in that and we want to help people be successful with that model, and that's why we're partnered with Recurly and are talking about the pitfalls related to fraud and recurring payments.

​​The biggest threat to recurring payments

What do you see as the biggest threat to recurring payments?

In some ways, the response to fraud has created issues that are actually in many ways larger than fraud. One of the examples are poor authorization rates associated with online and digital payments. When I say authorization rates, here’s what I mean: when you process a transaction with a debit card or a credit card, the issuing bank has to accept that and allow the funds to flow through the ecosystem.

In recurring payments, the number can be more like a 75 to 80% authorization rate. So literally a decline rate of 20 to 25% or more. Now this is a massive problem, and it seems to get worse as the fraud threats become more pronounced and issuing banks have to react to those fraud threats. It's billions of dollars at play. And I know when I talk to merchants and issuing banks, they would blow away their growth targets if they could make a material difference in that gap in authorization rates. So as you push digital to be closer to physical, you'll see an embedded, automatic, several percentage point growth. 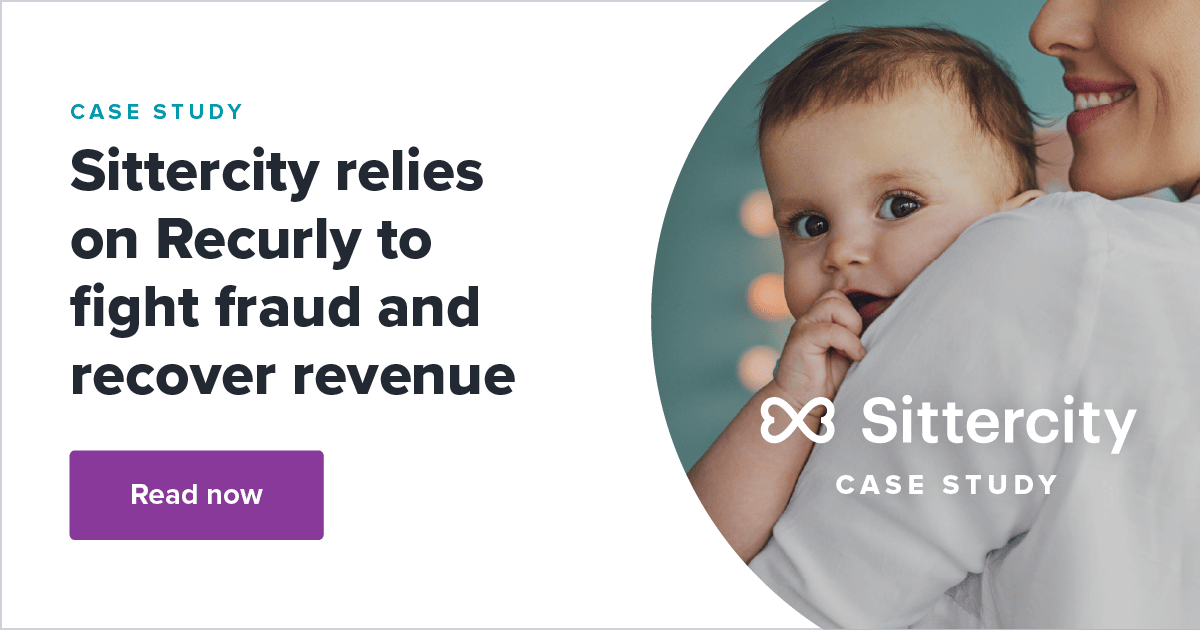