7 reasons app makers should own their payment experience

7 reasons app makers should own their payment experience 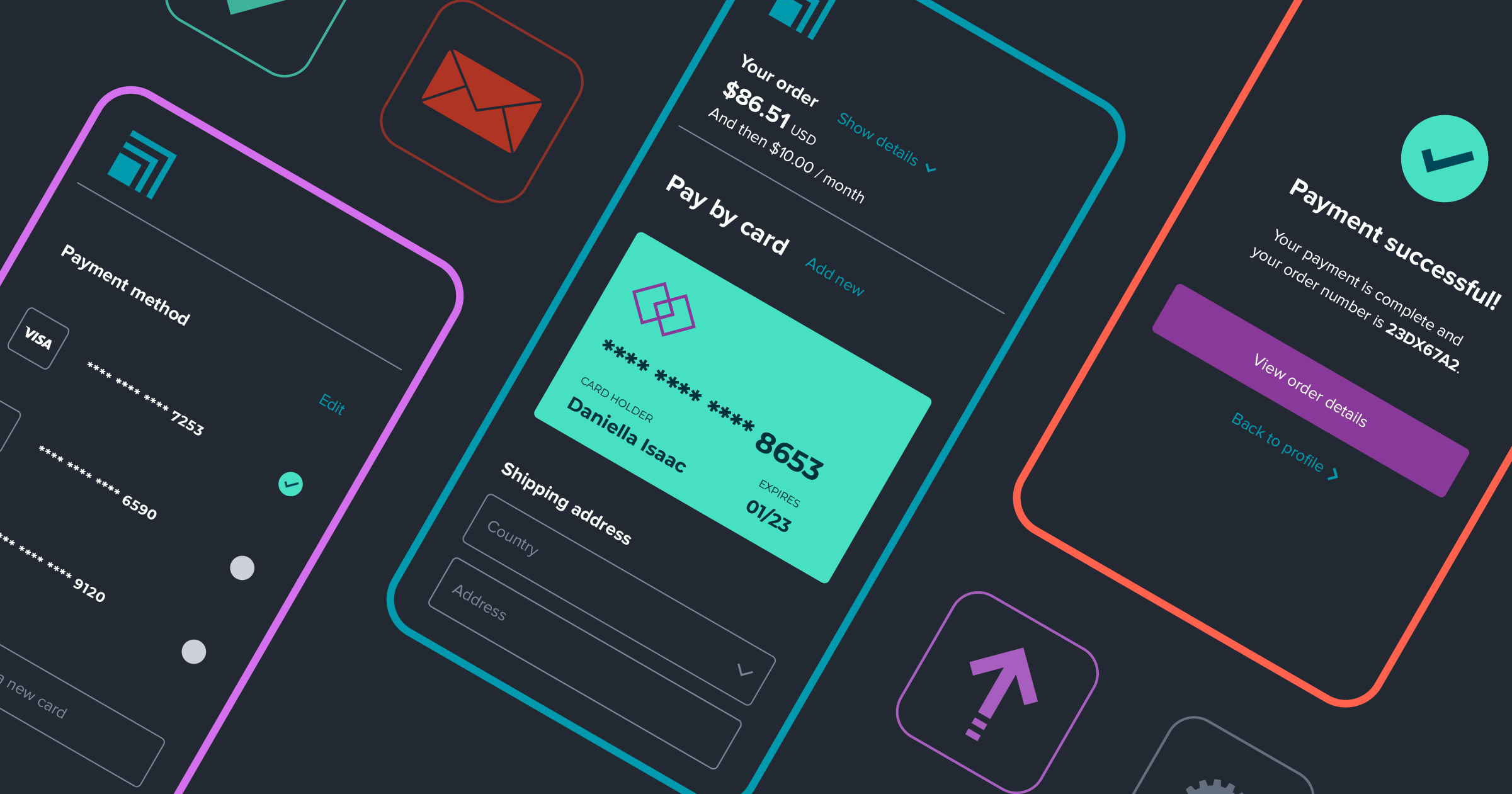 A slew of recent verdicts and agreements in South Korea, the US, and Japan have challenged Apple and Google’s control over their platforms’ app marketplaces. Apple must now allow developers to link out to their own payment pages on iOS, and Google—whose Android operating system is installed on most smartphones worldwide—is likely to follow suit. This blog post is the second in a series that will explore the implications of these developments for subscription app businesses. Read part 1: App payments are changing: 3 ways subscription app businesses should prepare.

When Apple introduced the iPhone App Store, it pitched the App Store as a convenient way for developers to market and sell their apps to iPhone users. “There are no credit card fees for the developer—we take care of all that—there are no hosting fees…[and] there’s no marketing fees,” Steve Jobs proclaimed.

Yet for all of the App Store’s legitimate benefits for developers, the App Store also has its limitations. For instance, Apple has always controlled the payment process between users and developers, taking an initial 30% cut on all transactions. When introducing the Play Store for its Android operating system, Google followed suit.

In their announcements, Apple and Google conveniently obfuscated the benefits they both stood to gain from owning the entire payment experience. Though most subscription app businesses (begrudgingly) focus on the 30% revenue cut they have to give up, many app makers don’t realize how much they’re giving up by not having complete control over users’ payment experience.

In reality, the revenue cut is just the tip of the iceberg. Owning the payment experience can help subscription app businesses improve the overall customer experience and drive greater customer retention.

With the winds shifting in developers’ favor, it’s now possible to envision a future where app makers—not Google or Apple—own the relationship with their users. Here are seven ways developers can benefit from controlling app payments.

Most recurring revenue companies consider dunning an important part of their revenue recovery strategy, and they’re not entirely wrong. Even with Recurly’s advanced Revenue Optimization Engine, a quarter of recovered transactions wouldn’t have succeeded without dunning communications. That said, as we’ve recently written, dunning is about more than just minimizing churn—it’s a strategic opportunity for you to engage your customers.

Companies that own the app payment experience have the power to customize dunning campaigns for different subscriber cohorts, making it more likely that they’ll recover revenue. With Recurly’s dunning campaigns, for instance, you can send one set of dunning communications to subscribers trialing your app and another set of communications to those who are already paying for your premium plan. On the other hand, if you don’t own the payment experience, you’re at the mercy of Google and Apple, whose incentives may be the same but who certainly don’t know your subscribers as well as you do.

2. Upsell and cross-sell to your subscribers

Most app developers start off small, with a single app and perhaps a single item within that app available for purchase. Over time, though, successful app companies often develop an assortment of offerings that likely complement one another and appeal to many of the same audiences. For example, Niantic, the developer behind Pokemon Go, got its start with an augmented reality game called Ingress before Pokemon Go became a viral sensation in 2016; since the explosion of Pokemon Go, Niantic has come out with numerous other titles, such as Harry Potter: Wizards Unite and Transformers: Heavy Metal.

If subscription app businesses like Niantic own the relationship with their subscribers from beginning to end, they can market their offerings more effectively to users. For instance, Niantic could offer subscribers to Pokemon Go’s “Premium Battle Pass” a discount for the “Bot Coins” available in Transformers: Heavy Metal, or give relatively unengaged players of Pokemon Go free access to the “Premium Battle Pass” for a limited period of time to incentivize more gameplay. Developers of all stripes can use upselling and cross-selling strategies to bring more loyal users into the fray.

3. Forge partnerships with other developers

No matter how great your app is, subscribers don’t use it in a vacuum. Rather than pretending the competition doesn’t exist, you should consider teaming up with makers of complementary apps to offer app bundles. Say you’re a small subscription app business who offers a drawing app, for instance. It’s highly likely your users love using apps that allow them to edit photos or paint on a digital canvas. By teaming up with, say, PicsArt and ProCreate to sell a discounted “creative studio” subscription bundle, you could better compete with larger companies that also offer a variety of design apps.

This kind of bundling simply doesn’t exist today. Apple and Google offer the ability for subscription app developers to bundle their own apps together (Disney, for instance, offers the Disney Bundle so people can subscribe to Disney+, Hulu, and ESPN+ at a discount), but surprisingly, the companies haven’t enabled this functionality for two or more developers. But app developers that own the payment system can easily make this happen—and boost their business in the process.

There’s no shortage of reasons why customers might want to put a subscription on hold, whether they feel like the subscription isn’t adding enough value to their life at the moment or they’re facing financial issues. At these critical junctures, it’s crucial for businesses to allow users to pause their subscriptions instead of cancelling them outright, since unpausing a subscription comes with a lot less friction than restarting it from scratch. In fact, we’ve found that enabling subscription pausing can be a powerful retention tactic—whether or not a one-in-a-lifetime event like COVID-19 strikes.

While Google Play does allow developers to enable pause functionality, Apple’s App Store does not. Rather than waiting for Apple to come around and add this feature to the App Store (if it ever does), subscription app businesses would be better off enabling pause functionality on their own.

5. Price and package according to your unique needs

Most developers today choose to monetize their apps through subscriptions, and it’s easy to guess why: consumers tend to find small subscription fees much less daunting than high one-time charges, and the recurring nature of subscriptions means app makers earn a more predictable revenue stream.

However, despite the popularity of subscriptions on the App Store and Google Play, Apple and Google don’t offer developers much flexibility when it comes to subscription pricing.

Many developers would benefit from exploring billing models that go beyond the standard fixed recurring charges that Google and Apple allow. For example, the developer of a productivity app might want to charge users based on the number of document templates they use, or a streaming media app might charge users based on the number of movies they watch (both of these are examples of usage-based pricing). A transportation app might charge users a flat monthly fee as well as a fixed fee for rides under 5 miles and another fee for rides over 5 miles (hybrid model).

From usage-based pricing to hybrid billing to coupons and promotions, there’s no shortage of creative ways app makers could price and package their apps if they had access to more sophisticated options—another benefit of owning the payment experience from beginning to end.

When it comes to payment options, the App Store and Google Play are pretty limited. Worldwide, consumers can use most credit and debit cards and gift cards, while there are a few country- or region-specific payment methods available in select geographies, such as mobile phone billing.

There’s a lot missing from this list, and developers looking to attract a truly global audience should take note. For example, CB Insights notes that digital wallets that allow payment through platforms like WhatsApp Pay, Alipay, Amazon Pay, and WeChat Pay dominate around the world, accounting for 24% of ecommerce spend in the US, 32% in India, and a whopping 71% in China. Moreover, in some regions, direct debit is far more popular than card payments. Recurly’s own data shows that merchants who enable PayPal see an average lift in revenue of 25%. Finally, as we’ve written earlier, offering different payment methods is crucial to targeting a new generation of subscribers.

By offering more payment methods than what Apple and Google allow, you’ll reduce friction in the buying process and potentially save on processing fees, ultimately driving more revenue.

Mobile apps are getting more sophisticated, which means a top-notch onboarding experience has never been more important to drive engagement and loyalty. By having greater ownership over your customer relationships, you can provide more personalized tutorials, enhanced communications, and better customer service.

Apple and Google act as the middleman between you and your users, making it difficult for you to communicate with consumers. Apple, for instance, recently unveiled its “Hide My Email” functionality, making it easy for users to generate a random email address that all communications from a specific developer must go through before reaching users’ inboxes. As a result, you can’t email your users without those emails being routed through Apple. Moreover, if you don’t have a user’s email address and that user switches from iOS to Android, it could prove difficult to get in touch with the user.

From developing win-win partnerships with other developers to accepting more payment options, there are a host of reasons for subscription app businesses to create a payment experience that isn’t controlled by Apple or Google. By partnering with a robust subscription management and billing platform like Recurly, you’ll get all the capabilities you need, including flexible billing models, support for discounts and promotions, and pause functionality.

Want to learn more? See why leading subscription app companies like AllTrails and FabFitFun use Recurly to power their success. 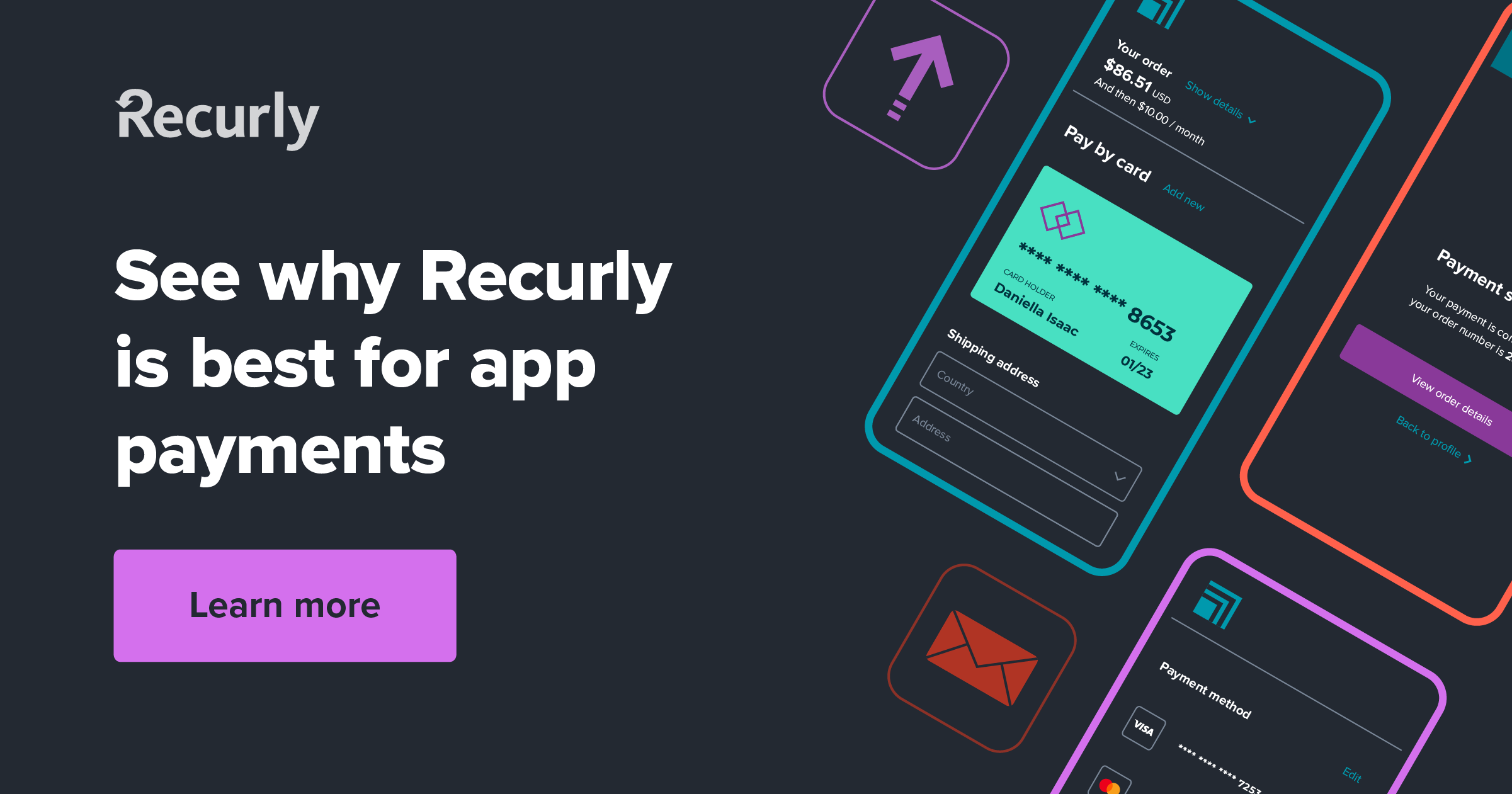